Skip to content
Archisand and iWink Studios team up again to create another cool back drop in sand.
Have your photo taken with this cool Valentines themed sand castle.
Special engagement packages available. We will change the writing on the large heart to “Will you Marry me?” the sand sculpture will do all of the talking. She will be amazed at your creativity with this great engagement idea. iWink Studios will capture the moment with professional photography complete with studio lights and setting.
to see a cool video of the creation of the sand sculpture use this link.
http://youtu.be/PHUuia0I9MM
For photos from the day use this link or click on the photo below. 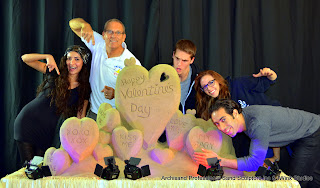 View the iWink Studio website by using this link. The Studio is conveniently located in Newport Beach on Jamboree
Without further ado, we present our sketch for this weekend’s first New Zealand Sandcastle Competition! We’re in New Zealand now and so excited to share with you! 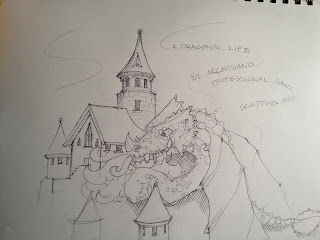 A Dragon’s Life by Archisand Professional Sand Sculptors
﻿
Archisand is in major prep mode in advance of the Inaugral New Zealand Sandcastle competiton in Christchurch NZ.
January 21, 2012
Here is the information you need to know for the Christchurch Event:

Archisand will travel to Christchurch NZ to compete in their first Annual competition. This is an open to the public event. Come visit the way cool sand sculptures that will adorn the beach at New Brighton Beach. Archisand was awarded this trip as a result of finishing in the top two places at the US Open Sandcastle Competition in 2010.

Archisand will build the event Logo in sand on Friday January 20th2012. 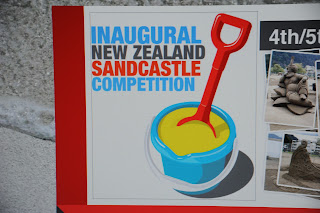 Saturday January 21st is the Professional contest day. Contestants have a 6 meter sq plot to build their sculptures in. They have 6 hours to finish, and have  up to 6 team members.
Sunday January 22nd is the Open amature competition. Archisand team mates Greg LeBon and Ko Tanaka will be assisting by judging this event.
Christchurch NZ New Brighton Beach has been recovering from major earthquakes  since March 2011. The event was postponed from March 2011 to January 2012 as a result of the major earthquake.To this day the region is getting major aftershocks.
We are now working on our design. A hint on some of the ideas…
“Clowning Around”
We are now developing concept sketches that use this theme. We should have something that we can publish in about a week. So stay tuned!

The Oregon Duck Mascot in Sand!
This way cool sand castle was constructed in honor of the Oregon Ducks football team and their trip to the Rose Bowl! Go Ducks!
to see photos of the sand sculptures creation click HERE or on the Photo below: 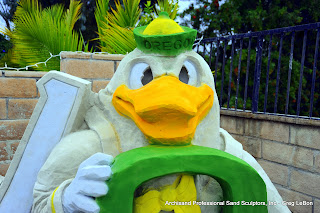 ﻿
To See a way cool video including Time lapse footage click HERE or on the link below:
http://youtu.be/0OAfoDUxg4Y﻿
Archisand worked with Kaiser Permanente Staff for an interesteing team building exercise.
It included a workshop on how to build sand castles and finished with a sand sculpture competition.
More to come about this event in a future blog post
﻿
American Express Vacations guests had a special treat with Archisand creating a way cool Sand Castle sculpture.
Colored accent lighting was the topper. To See photos from the event Click HERE, or on the photo below. 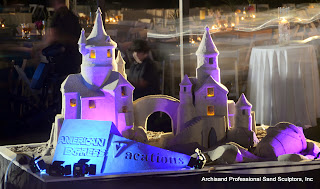 Click HERE to see a Way Cool Time Lapse Video, or use the link below:
http://www.youtube.com/watch?v=IvyYQ0AQ0Jw&feature=mfu_in_order&list=UL
Toyota of Santa Monica had Archisand create this way cool version of the new 2012 Prius v Hybrid car.
Along with the Toyota of Santa Monica Logo the sand sculpture amazed the public.
Our Sand Artist captured the action using time lapse video… Watch this cool video of the car appearing out of the sand…
Way Cool!
Click HERE to see the Video, or the link below:
http://youtu.be/MCKpoKhqCYM
Hotel Del Coronado was the perfect setting for the creation of  the Success Factors, Business Execution Software corporate Logo at their beach side event.
Archisand added cool LED color lighting to make the effect way cool!
To see photos click HERE or on the Photo below. 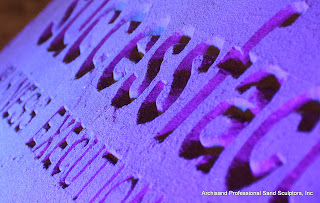 See This Cool Video!
To view the video which includes time lapse coverage click HERE or on the link below:
http://youtu.be/qOqf8P9x9mo
Archisand Carved 2 different types of logo, Sand Sculptures for the Project Save Our Surf, Surf 24 event, in Santa Monica, CA
One type of logo sand art was created with a rake and a stick flat on the beach!
To see photos from the event click HERE or on the photo below: 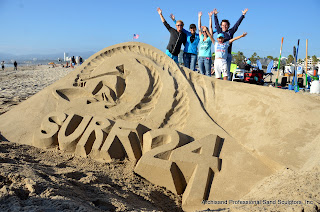 Cool Video!
To see a way cool video from the event click HERE or use the link below!
http://www.youtube.com/watch?v=S5POVShPPnk&feature=feedu
﻿
Archisand helped Nutrilite film a commercial for their Osteo Keeper Bone Health product with the use of their talents in sand.
To see the photos from the day click HERE or on the photo below. 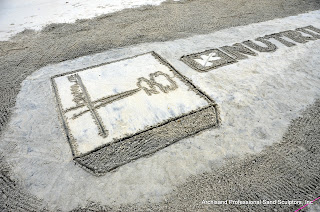 To view the cool video, including some Time Lapse portions, captured during the filming of the event by the Archisand Artists use the Link below:
http://www.youtube.com/watch?v=E0qG1LaUa3Q